To all those traveling alone: how about the Côte d’Azur? 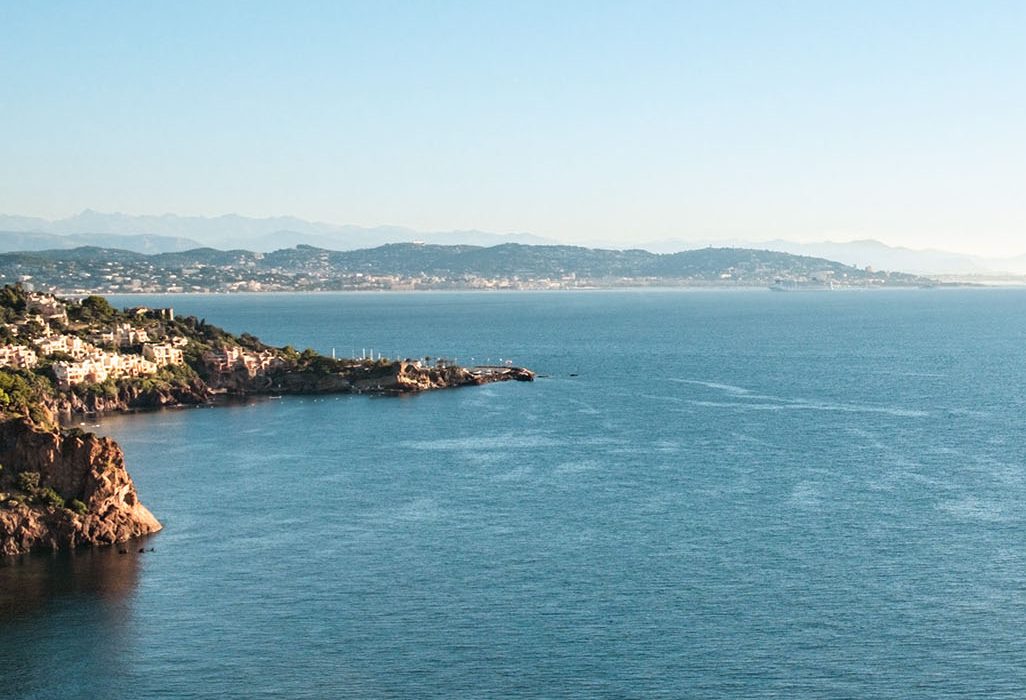 The trend tends to traveling alone, no question about it. There are more and more articles from solo-traveling women and reporting about their experiences. But the stories often give me a diffuse feeling of – let’s call it tension. Because actually all reports always begin with fear. Fear of what others might think, fear of offending people in foreign countries and cultures, fear of loneliness, fear of traveling solo as a woman… The fear is followed by a – for me rather matt: but when you have overcome all your fears, you will see how much you enjoy the trip and how strong it will make you.

Yes, of course, you emerge stronger from every crisis. But traveling alone isn’t always a free decision, often it’s more a result of necessity. You can’t find someone who can take a vacation at the same time, who has as much or as little money, who wants to see the same country… At some point, you inevitably think: and if I were to go alone? Or maybe a bit more defiant: then I will go alone!

That’s right! Go alone, before you don’t go at all! And don’t let any “traveling–alone-expert” drive you crazy. You don’t have to go straight to an Islamic country or the Australian outback on your first journey! Slow down, try it out, see if you like it. And if you only dare 3 days in the vicinity, then do so! You are exploring your limits and you should definitely do this at your own pace and under your own conditions.

But if you are already thinking about going abroad in Europe, then I want to make the Côte d’Azur tasty for you with this article.

1) The culture is similar

France is a Christian industrial country. Women have equal rights, it is common to see women alone in public, there are no restrictions for women concerning clothes or behavior. (Of course you should behave with respect and not look for confrontation.)

This means for tourists that there are no noticeable differences to other European countries. The same rules as everywhere else: Bikini on the beach is okay, topless is sometimes tolerated, nudism only on designated zones. You go to the restaurant properly dressed and not in beach clothes, men also have to cover their upper body – should be self-evident. Also in churches: covering shoulders and knees – in France as in the rest of Europe the same question of respect.

Going alone to a restaurant or bistro is neither shameful nor unusual in France. It’s all about the love of food and the French admire people who can enjoy a good meal. It doesn’t matter whether they are alone or not. However, it can happen that in the high season and in the popular tourist destinations you are given a side table in some corner. They will only earn half at your table. Understandable, but also avoidable, by visiting small local restaurants and talking to the staff instead of disappearing behind a book or smartphone.

And if that seems too exhausting at first, then you can stock up on the markets with the tastiest food you can imagine!

The Southern French are sociable and helpful people. In the high season, the local people working in the service sector have an incredible level of stress. I think there are three main reasons for this: on the one hand work in the heat is super exhausting, on the other hand tourists are exhausting because of the heat and on the third hand the remaining 9 months are much quieter, the difference is too big.

Nevertheless, (most) French like to chat. I like to ask sellers and waiters for recommendations. Recommendations for restaurants with regional cuisine, recommendations for excursions, bathing places, specials where to go with the dog – most people like to talk about their region and think of something nice spots for interested strangers. In Nice, we got a sensational tip from a salesman in a bicycle shop where to eat Socca. We wouldn’t have tried both the restaurant and Socca on our own.

Christoph, the man from the market, give our dog every time an apple. Meanwhile, even cut into small pieces – our sonny can’t handle a whole apple…

If you want to travel around a bit and discover more of the area, there are many ways to do so in southern France. You can take the train or the bus, for example. You can plan your trip with different means of transport. In summer there are also small ferries, e.g. from Cannes to Theoule or Saint Maxime to Saint Tropez. And also in other places. They are called ‘Navette‘.

On the Côte d’Azur, you a big offer of accommodations. You can stay in a hotel, a flat, an apartment-hotel, a holiday resort, a hostel (some of which have pure women’s dormitories e.g. in Nice here (*) and here (*) or in Antibes (*), but also pure men’s dormitories (*) and total luxury rooms (*) ), camp – everything you wish. Whereby I would not recommend camping because of the temperatures…

There are no restrictions for solo traveling women (or man) in this field either. You should keep a few things in mind, like opening hours or dress code (if you want to go to the opera, for example), but nobody puts obstacles in your way because you are traveling alone.

It is generally assumed that the French only speak French and that they switch off when one tries to speak English. This is not the case on the French Riviera! Here everybody, from the baker’s wife to the bus driver, speaks at least a few words English. And if you ever find someone in a mountain village who only speaks French, you have a funny anecdote to tell when you get back. Because often it doesn’t stop the other person from talking when you point out that you don’t understand anything. He only speaks louder!

Yes, that is an important point and we want to face up to the facts: there is a risk. But, you know, it’s pretty easy to counter it: Stay overnight in hostels! Sign up for an activity, e.g. via Airbnb! Take a perfume course in Grasse! Join free walking tours like in Antibes, Cannes or Nice! Go to an Irish Pub! Take a ride with locals! Or just sit next to someone on the bench and start a conversation. It’s up to you and how open-minded and adventurous you are.

The Côte d’Azur is a great destination to gain your first experience of traveling alone, not only for women but also for men. You are familiar with the culture, you will have no communication problems, because almost everyone here speaks at least a few words English, you will not have to change your habits any more than on other trips, you do not need a new wardrobe or special behaviors and if the worst comes to the worst, you will get home quickly without much trouble. Oh, and did I mention how incredibly beautiful the French Riviera is?

Any desire for some wanderlust?

Do it like all the others and sign up for my list! You will automatically receive the latest news and be informed about everything what's going on here.

I can't wait!
You can unsubscribe at any time - no obligation, no spam. Only wanderlust... 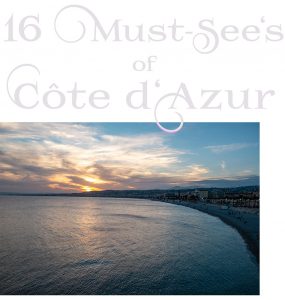 interesting
Travelling South of France on a budget

Any desire for some wanderlust?

Do it like all the others and sign up for my list! You will automatically receive the latest news and be informed about everything what's going on here.

I can't wait!
You can unsubscribe at any time - no obligation, no spam. Only wanderlust...